Famous Bathrooms from Film and TV 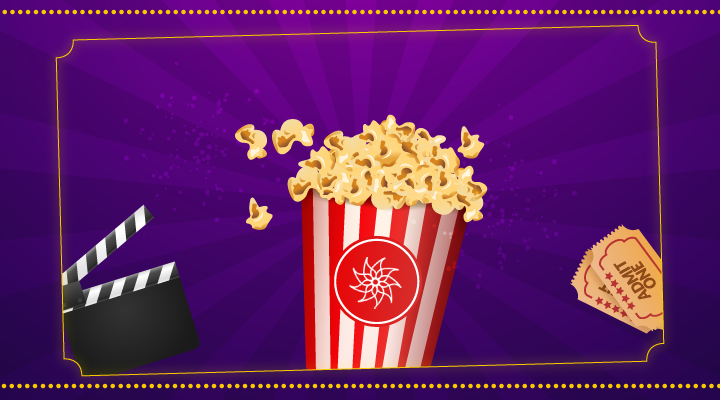 Many of us are content with what we are shown on the screen when it comes to films and TV, needing nothing more than the story that is played out in front of us. However, for those that enjoy delving deeper into the underbelly of the silver screen, having a birds-eye view of the layout that some of our favourite characters use to play out some of our favourite scenes in is an exciting prospect. Featuring bathroom layouts from The Simpsons to The Shining, there's a famous show or cult film bathroom to entertain everyone.

We all want to take a peek into the worlds of some of our favourite characters but there are some aspects that are kept distinctly private, including their bathrooms.For a bird’s eye view into the washroom designs of the silver screen look no further.

Tears were shed when this TV series about six friends was brought to a close. However, the show lives on still, with scenes such as these bathroom ones having ensured its longevity for years to come.

Remember Joey eating a sandwich in the shower during Phoebe’s pregnancy?

'This Old Stuff Comes Right Up'

One of the most beloved cartoons of our time,The Simpsons have entertained us with their antics for years, including a few memorable scenes in the bathroom.

Bart accidentally floods the family bathroom at bath time, when pretending to be a French deep sea diver.

Here is where Maggie is bouncing her ball when she gets locked in the bathroom with the medicine cabinets contents spread on the floor!

Leonard and Sheldon’s apartment tends to be where most of the action occurs in this television show, but scenes in the bathroom are hard to come by, probably because of Sheldon’s squeamishness surrounding germs.

Sheldon placed a strip of tape here to indicate where you should stand to avoid covering the mirror in toothpaste when brushing your teeth.

An adult cartoon, Family Guy concerns a family of five. For them the bathroom is hardly a private space, with some scenes in this room including the whole family.

You Got My Money!?

This bathroom was where Stewie accosted Brian for his money.

An interesting cameo occurred when Ricky Gervais, playing a dolphin, appeared in the en-suite bathroom to have a conversation with Peter.

Terrifying, highly referenced and well known, The Shining has a few bathroom scenes that are ingrained (!) in the minds of those who have watched it.

In this bath resides the woman of Room 237, who appears to Jack as a beautiful young woman before revealing her true nature...

There’s an interesting theory that the woman in Room 237 was actually a middle aged woman who was spurned by her love, back in the golden age of the Overlook Hotel.

This is the bathroom in which Wendy hides from Jack, and where Danny writes ‘REDRUM’ on the door.

Nicholson was actually a volunteer fireman - which meant he broke through the door too quickly. The props department had to make a special door,to make it look as if it was hard for his character to break through.

Here is the bathroom in which a contract killer tried to assassinate Austin Powers.

The assassin is hiding in a secret hiding place, springing out to kill Powers with...teeth on a string?

In the next stall, a man wearing a cowboy hat awkwardly listens to Power’s shouts, mistaking them for bathroom noises.

Meanwhile, the deaf bathroom attendant waits for them to emerge, completely unaware of whats going on.