Bathing Habits of the World 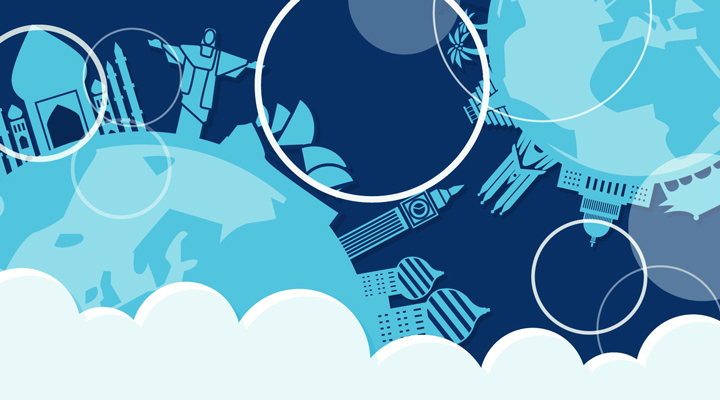 If you’ve ever wondered what country showers the most and bathes the least, then this infographic has all the information you need to get wised up on the bathing habits of the world. Featuring glimpses into countries all around the globe, with an insight into every continent, the post focuses on everything from washing style to favourite products, from traditional bathing habits to interesting country specific facts.

So delve into the soapy – or not so soapy – suds of this infographic to get to grips with global bathing habits and whether your own habits fit into the country you’re from, or whether they’re actually far more suited to a different country altogether.

Bathing Habits of the World - Transcript

Whether your preference is an invigorating morning sprint in the shower or a sleepy soak in a bath of fragrant bubbles, chances are your bathing preferences are similar to the rest of the people that live in your country. In this infographic we’ve taken a quick peek behind the shower curtain of the world’s bathers to see exactly when and how they go about getting themselves squeaky clean.

Weekly Bathing Breakdown – On average British citizens have 5 showers and 3 baths a week.

Bargain Browsers – Brit’s tend to buy bathing products that claim to have moisturising properties and will stockpile certain products that are on a particularly good promotion.

Keeping it classic – There is a renewed interest and loyalty in Spain to use products that older generations favoured, such as Moussel shower gel.

Weekly Bathing Breakdown: On average Spanish citizens have 7 showers and 2 baths a week.

Weekly bathing breakdown – On average French citizens have 7 showers and 2 baths a week.

Though statistics show that the French buy a mere 600g of soap per ear, this does not take into account the French habit of buying blocks of cheap kitchen soap to use in the shower.

1 in 5 Russian citizens have no water supplies in their houses and so shower only once a week.

Weekly Bathing Breakdown – On average Chinese citizens have 5 showers and 3 baths a week.

Traditional Bathing is Best: In some circles, traditional bathing habits are still carried out. Exfoliating with bath towels after washing. Using public baths. Not showering for a month after giving birth.

Weekly Bathing Breakdown – 7 India has the most weekly baths globally.

In a country where you can’t count on running water, the vast majority of people bathe using a bucket of water and a plastic pitcher to pour the water over head and body.

Natural Remedies: Bathing twice a day is common when it’s hot and hair grooming is particularly important, including oiling the hair with coconut oil.

Firm Favourites: Lifebuoy and Lux, by Hindustan Unilever, are favourite products in the country.

Weekly Bathing Breakdown – On average Japanese citizens have 5 showers and 6 baths a week.

Hair Care – Dry shampoo does not exist in Japan and there is a firm belief that you should wash your hair each time you use product.

Anti-bac is best – Antibacterial liquid soap which encourages the growth of good bacteria, such as Lion’s Kirei Kirei, is growing in popularity in line with Japan’s obsession with hygiene.

1 Trillion Gallons of Water: The amount used solely for showering in the United States with showers lasting for an average 13 minutes.

Preferred products - Dove body washes have seen a rise in sales in the last year.

Weekly bathing breakdown – On average Mexican citizens have 8 showers and 3 baths a week.

Shower Etiquette: It is not uncommon for Brazilians to shower 5x per day. It’s also common etiquette to offer guests regular showers.

Brushing is best: Almost everyone in Brazil brings a toothbrush and a toothpaste with them everywhere they go and they brush their teeth at work after lunch.

Weekly Shower Stats – On average South African citizens shower 7x per week. 2% confess to sharing a shower with somebody else!

Top Brands: The most loved makes in South Africa include Lux, Sun and Lifebuoy.

Out with soap: Australians will use shower gels more often than bar soap and exfoliate more often. Colgate-Palmolive is the preferred brand, in all of its product styles.

Keep it cool – Showers will often be cold out of choice, as a refreshing respite from the often tropical heat and outdoor showers often adjoin the beach.