Travel Journalist Danielle Ditzian on Bathing Habits Around The World

I’m almost oblivious to the odd bathroom habits I’ve come across in my travels, though as I'm accustomed to my traditional bathroom comforts in the West you would think this would be otherwise. It’s really very simple here; if I need a shower, I take a shower. Need to use the toilet? Well, you know what I do.

This, however, is not what it’s like around the world. Ranging from the extravagant toilets of Japan to squat toilets in India, life is all over the board for people of different countries, and I’ve definitely come across some quirky habits (quirky only, of course, to my very Western self!).

My favourite odd bathroom find was what I like to affectionately call the “bum gun”. In both Thailand and Laos, I was surprised to find a hose next to every toilet, yet toilet paper (unless in very touristy places) was often missing. What on earth was this device for, I wondered? Naturally, it works like a bidet, though with ridiculously strong water power. I came to appreciate this strange device, though I often wondered: what on earth do these people do to dry off without toilet paper? Now you’re nice and clean, but dripping wet!

As many places in these countries actually use squat toilets, which are mostly avoided in tourist areas, I once came across a sign indicating not to squat on the actual toilet. While I chuckled at the sign at the time, it was there because people simply didn’t know; if they weren’t from the tourist areas, the luxury of a Western toilet was lost on them.

But is a Western toilet even luxurious? In India the primary toilets are squat ones, which have been scientifically proven to actually be better for you. I suppose if you’re used to them they could be great, but if you’re like my friend who fell into one, they can most certainly be traumatising. 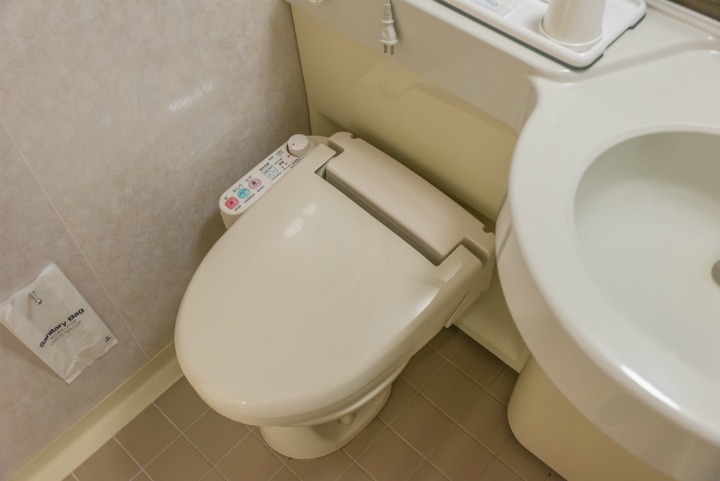 If we want to talk fancy, we need only look at Japan. While France has their bidets to clean up afterwards (toilet paper included, unlike many Asian countries!), Japan has, well, super toilets. Not only do the toilets almost greet you, the lid lifting as you approach, and gliding back down once you have finished, but they include so many buttons a foreigner wouldn’t know what to do with them. Unlike the bum guns back in Thailand and Laos, the toilets in Japan will actually dry you off afterwards. A toilet that cleans and dries me?! It’s almost too good to be true (if you’re super excited about going to the bathroom, that is).

However one of my oddest bathroom experiences was on a floating island in Lake Titicaca, Peru. I was staying for the night on the island, and found a toilet with a huge bucket of water next to it, and a smaller bucket inside. Pressing the flusher didn’t make the toilet work, and I hadn’t a clue what to do. I couldn’t very well leave my business there, so I had to ask; it was simple – just fill the small bucket of water and pour it down the toilet. Toilet flushed! It was easy as can be, and worked like a charm. 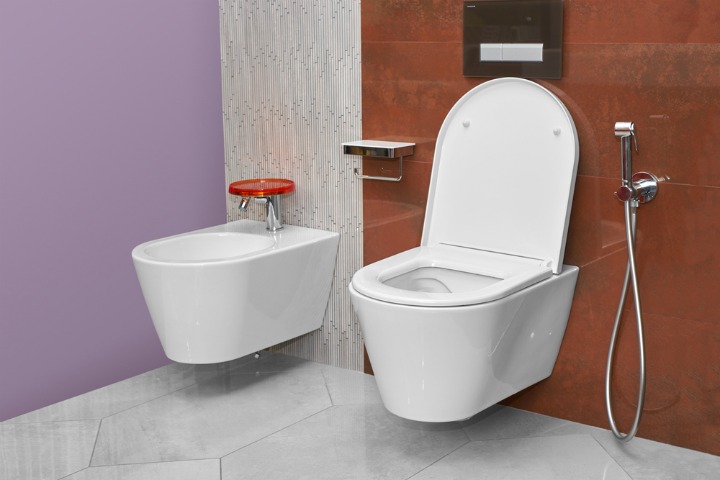 From squat toilets in poorer countries to the extravagant Japanese ones, bathroom habits certainly vary hugely from country to country. So go prepared – look up what you’re in for beforehand to avoid embarrassment and confusion, and then have fun with either your low maintenance or gorgeous toilet!

Danielle is a nomad, wandering through life in a seemingly confident way, while, usually, totally unsure of her next step. She’s been on the road for over three years straight, finding new homes as she hitchhikes along. She once hitched 6,000 kilometres in six days. Her biggest dream is to one day cuddle a platypus.